Region to discover: The West Coast

The Western Coast of the Grande Terre, New Caledonia, puts on display a unique variety of beautiful scenery everywhere you look. Right from the north down to the areas that border Nouméa. The west coast is a Cowboy country characterized by large spaces and flat plains favoring cattle rearing and a lagoon with striking beauty as well as mangrove swamps and rich shallow bays. The West Coast also has a vibrant and dynamic cultural and historical heritage.

The North-Western edge of this region right up to Boat Pass, present an arid, moon-like landscape with an extraordinary sea bottom off the coasts of Poum Reef.

Down south, the area is referred to as “region of local cowboys” called stockmen with cattle rearing and agricultural cultivation in full swing. From the region of Koumac to Poya, through Kaala-Gomen and Pouembout, the coast here is a backdrop of long plains of grass, and vast savannas with softback trees. The unexplored coastline in this area has enormous mangroves and is still full of beauty and natural sumptuousness.

Deep in the heart of the mangrove, is where we have the famous Heart of Voh with a reputation popularized by the photography of Yann Arthus-Bertrand. You can choose to take a scenic aerial view of the famous landmark or do a 4×4 climb to the peak of Mont Katepec, to view the Heart of Voh from its top.

Asides the beautiful landscapes of the east coast, the region also has a lot of hidden archaeological and historical treasures, waiting to be discovered. One of such is the site of Foue, location of the beautiful Lapita potteries an area close to the town of Kone. An archeological wonder which expresses the rich cultural heritage of New Caledonia.

The petroglyphs of Katiramona, in Paita city, is another popular site that is continually something to fascinate visitors. The Caledonian petroglyphs rather than depict animals and humans instead are exclusively geometric. Consisting of Spirals, circles, stars, crosses, lines, and polygons are another form of drawing entirely whose meaning has continued to baffle researchers worldwide.

Fort Teremba which is a relic of the reformatory administration at Moindou provides another historical heritage to be explored in the west coast. Have a feel of the mining legacy of the west coast from Poum to koumac with mining sites such as the Pilou Mine or at Tiebaghi, a former mining village.

The west coast is also home to a recognized UNESCO World Heritage site, lagoons of the west coast area are by far one of the most magnificent in New Caledonia, it is notable for its sublime lenticular reef stretching from Moindou to Bourail.

Join the cowboys of the west coast on a day of horseback riding with the cattle at raising stations from Paita to Kaala-Gomen for a thrilling experience. Thanks to the favorable climatic and geographic conditions, the west coast remains a fabulous agricultural destination. Tourists can have a feel of the regions abundant agrarian prowess during the yearly agricultural fairs held in various towns in the region.

Want more? Read about the Great South, the East Coast, Noumea, or the Islands of New Caledonia.

Other sports in New Caledonia

No doubt the islands of Caledonia has abundant rivers, lakes, and lagoons offering enthusiasts of water... 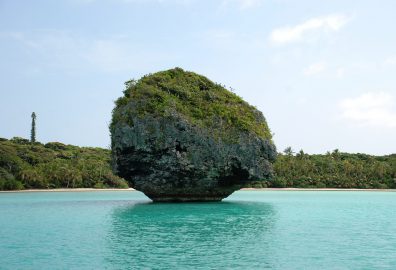 4 Reasons Why You Should Visit New Caledonia At Least Once

New Caledonia is many things, but ordinary is not one of them. The paradise-like location and it’s...